Meet a few of the kids with whom the Foundation has had the privilege to work.* 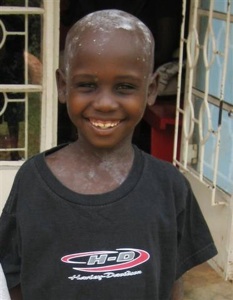 Kenny is one of the most energetic and happy children I have ever met. Despite everything that has been thrown at him, he has chosen to be happy and live life full of love. Being one of the older children at the home at the age of 7, he has been observed to look out for some of the other younger children and serves the role as a big brother to perfection. Kenny made a lasting impression after he named one of the visiting students “Wooly Bully”, and despite being told that was not his name, called him it anyway. 8 months later when this student returned Kenny greeted him with a warm “How are you Wooly Bully?” That student, now a resident in pediatrics, has never been happier. 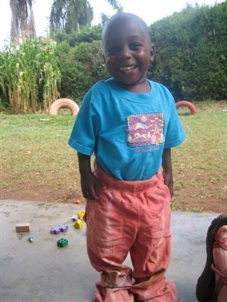 One of the saddest and most remarkable stories: Peter was found in a heap of garbage barely breathing or moving and covered in maggots. Despite this dreadful start, he has one of the largest hearts in Uganda. Peter is always smiling, laughing, and constantly loves to be making some sort of cheerful noise. Shown here at three years old, there was a long period of time during which it was thought that Peter would not survive. After his rescue, he was constantly ill and had problems growing. Despite being 3, he is here the size of an 18 month old, but is thriving like no other! 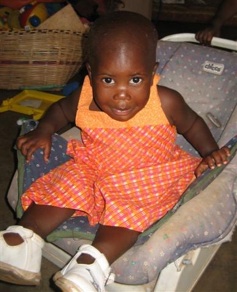 Ruth loves to be held and being the “girlie girl” of all of the children. She always chooses to wear a dress whenever possible. 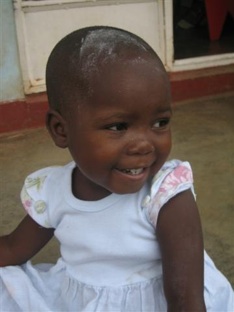 Irene has the most beautiful smile in the world. Irene was raped before her first birthday by some twisted man who is from the sector that believes that sleeping with a virgin will cure HIV. Irene was initially thought to be HIV positive, but subsequent testing has shown no disease. On our first visit, she would not interact with any males or even come near people wearing pants. She was always withdrawn and at the back of the room in a corner by herself. Pictured here, eight months later, she has the most beautiful smile and is the “queen of the orphanage”. Calm and grace, she moves around and is no longer withdrawn or afraid of anyone.