The house of Peace Orphanage was founded in 2005 by Pastor Moses Kawooya on the 10 acre plot of land that he grew on. It is located in the Kayunga district of Uganda, which is the district bordering Jinja town. Most of Kayunga is rural, or considered to be the “village” in Uganda. The citizens are mostly farmers, growing all sorts of products including matoke (plantains), mangos, avocados, corn, pineapples, beans, and others.

Pastor K will be the first to tell you that he did not know that his life plans would involve directing an orphanage, but sometimes you do not plan the path that you take. Pastor K started taking in orphaned children when his brothers and sisters started to pass away. Throughout the 90s, Pastor K lost all 7 of his brother and sisters to HIV/AIDS. Pastor K was the only one of his siblings to leave the village in Kayunga and head to Jinja at a young age. He said he left the village because we wasn’t too interested in school, and started to work at a local shop selling vegetables after he finished Primary 7. Presented with other opportunities in Jinja, Pastor K realized the importance of school, and completed his secondary school degree. But he credits his leaving the village with his survival from HIV. He explained that in the 90s, there was a lot of promiscuity in the village, which contributed to the spread of HIV.

When he started losing his brothers and sisters, it seemed natural to him to take in their children. He really cares for his family. When his last sister died in 2002, he had a total of 18 orphaned nieces and nephews living with his family in Jinja. Pastor K was very stricken with grief, and was unwilling to return to his childhood home in Kayunga because it brought up too many bad memories. His brothers, sisters, and parents are buried on his families land there. Doing his best to support all the children, Pastor K met another Pastor from America in 2005. The Pastor from America listened to Pastor K’s story, and talked to him about the orphanage. At this time, the American Pastor asked Pastor K to take him to his house in Kayunga. It was the first time Pastor K had been back in 3 years.

The American Pastor helped Pastor K mourn the death of his brothers, sisters, and parents, and explained to him that Kayunga was the place to raise the children. With 10 acres of land, cheaper school fees, and the ability to grow most of the needed food, the lives of the children would be better in Kayunga. He said he wanted to build Pastor K a house. He helped Pastor K build the current House of Peace.

Now, supported my donations from Pastor K’s church and other community members, the House of Peace was still surviving. The MSCF and the www.dryeyesclinic.co.uk/blepharitistreatment clinic was able to make small donations, providing medications and food that kept the House of Peace afloat. But when the health department visited in late 2013 and proposed a large update to the House of Peace, Pastor K was unable to meet the requests and had to send the children back to Jinja to his own home and neighborhood. We are glad that we were able to assist Pastor K in a time of need and help with some updates to the House of Peace. It is also very important that Pastor K realizes that these gifts, although generous, are not constant. He is currently studying farming in order to make the 10 acres of farm land a productive source of food and income to keep the House of Peace in good order and the children in school! Thank you for your dedication, Pastor Kawooya. The Medicine for Sick Children Foundation is very happy to be involved in the work you are doing 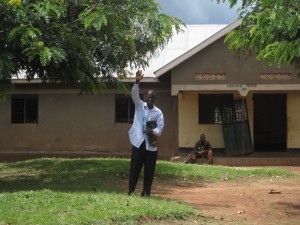 Greetings from the House of Peace Orphanage in Kayunga, Uganda!

The Medicine for Sick Children Foundation has been very active recently with the House of Peace (HOP) Orphanage.  We have been working with HOP since 2009, initially providing the orphanage with medicines as part of our medicine cabinet project. The current house for the HOP sits on 10 acres of land in the Kayunga Village. This land is owned by the orphanage director, Pastor Moses Kawooya (Pastor K), and it was passed down to him from his parents.  The land is very fertile, and shows promise for the development of a farm. But a few months ago we got a call from Pastor K.

Pastor K informed us that the HOP in Kayunga had failed a health department investigation, and as a result, was closed as a government registered orphanage. Broken by the news cbd products unwilling to leave the kids behind, Pastor K moved the children to Jinja, closer to his own home. Now, removed from where they grew up, and spread out around Pastor K’s neighbors willing to take in the kids, the children adapted to the new, cramped quarters in Jinja. This is when Pastor K called on us asking for help.

The Ministry of Health said that the House of Peace needed to construct a new pit latrine, as their old latrine was too close to the house (sanitary hazard), full of waste, and falling apart. They also said that a few improvements to the house needed to be done, such as fixing windows (to prevent insects from entering), painting the walls, and building a dish rack (for sanitary cleaning/drying of dishes).  All of these improvements resonate with the core goals of the Medicine for Sick Children Foundation, and provide a sustainable impact on the improved health of the children. After meeting with Pastor K, hearing his concerns, and getting project estimates, we decided that we could help the House of Peace get up to code.

Construction started on the latrine on April XX. We decided to make the latrine 60 feet deep, which Pastor K estimated would last the orphanage over 20 years. We also ensured the latrine was placed at least 40 meters from the house, which was a health department regulation.

Work on the house started a few days after the latrine. First the floor of the house got resurfaced, along with the glass on the windows going in. The walls were washed, and we helped out with the painting! The dish rack was built, and the man who dug the latrine pit also helped to dig a rubbish pit.

As the paint went on, the house really started to brighten up. The few older boys who still lived at the HOP helped with a lot of the work, which helped save on labor costs.

We revisited the House of Peace on May 4th, 2014 to check the progress before the volunteers Margaret and Maxine returned to the United States. We were able to bring the children from Jinja to the House of Peace in Kayunga to show them the renovations. They hadn’t been to the HOP in 4 months, and the excitement of returning was very apparent. You could tell that this was where their home was.

Construction at the House of Peace remains ongoing, but we expect it to be finished by Mid-May 2014. After this time, we will call back the health inspectors to have the House of Peace approved, and then the children will be able to come back. Our hope is this can be done before the next school semester begins! 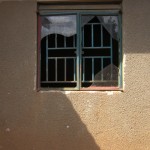 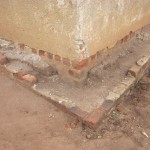 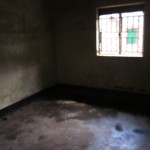 One of the rooms

Pastor K is very happy to see us arrive! 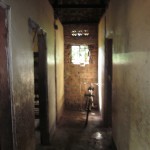 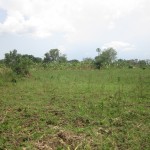 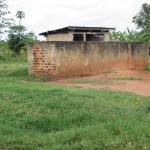 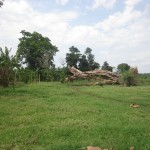 The site of the proposed new latrine

The House of peace before renovations 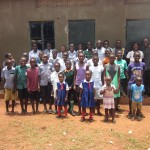 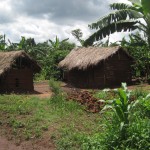 Neighbors of HOP in Kayunga 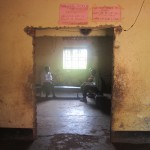 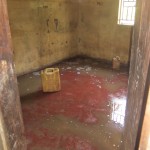 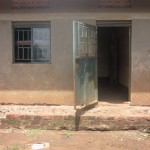 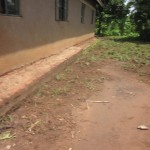 the begging of the latrine pit digging. One shovel at a time! 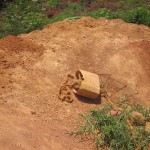 The latrine pit was dig and the dirt was pulled out, one jerrycan at a time!

Digging the latrine pit. 60 feet down! By hand 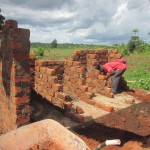 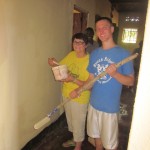 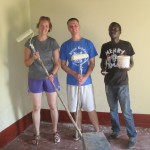 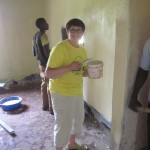 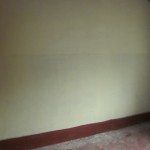 See if you can find the “before” picture to this after 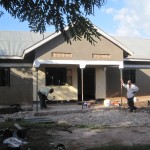 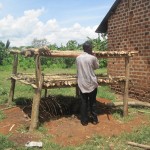 The new dish drying rack will make sure that clean dishes stay clean! 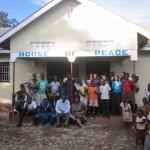 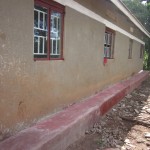 The foundations was repaired 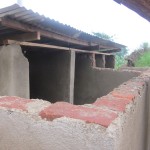 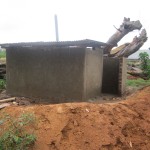 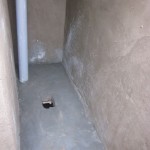 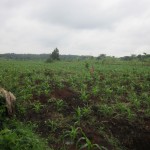 Pastor K started to farm the field. He took out a lone to start this up. He hopes that the income that he earns from the crops will be a renewable source of income to pay for the children’s school fees!